After reviving Denmark as a motorcycle manufacturing nation for the first time since the Sixties and the renowned Nimbus  the next step could be taken. This was to go with another strong national tradition, Danish Design. This branch of Danish intellectual capacity has a strong foothold in architecture, furniture and industrial design, but not much to show in the automotive industry – no surprise as Denmark has never had much national car production.

But outside the country the motor industry had become familiar with the name of young Dane Henrik Fisker: His spectacular design of the BMW Z8 concept car paved the way for his appointment as Design Manager at Aston Martin. Here he designed the eye-catching beautiful DB9 that was crucial for bringing the British prestige marque back on track. After these successes, Henrik Fisker pursued his ultimate dream of manufacturing and designing cars in his own name, again showing his typical elegant blend of sensual and dramatic lines.

Could that be transferred to a motorcycle?

VIKING Concept is the answer to the question and the answer is yes: VIKING is a powerful motorcycle, beautiful and muscular. Its design balance elegantly between sensuality and dynamics and at the same time is both modern and classical.

This is also reflected in the manufacturing process, because VIKING is a fantastic mix of traditional crafts and high-tech materials such as carbon fiber – used for tank, seat and rear screen. In the best Fisker-style these ingredients flow into a unique cocktail in the VIKING: A very sculptural motorcycle that sets new standards for a classic cruiser. 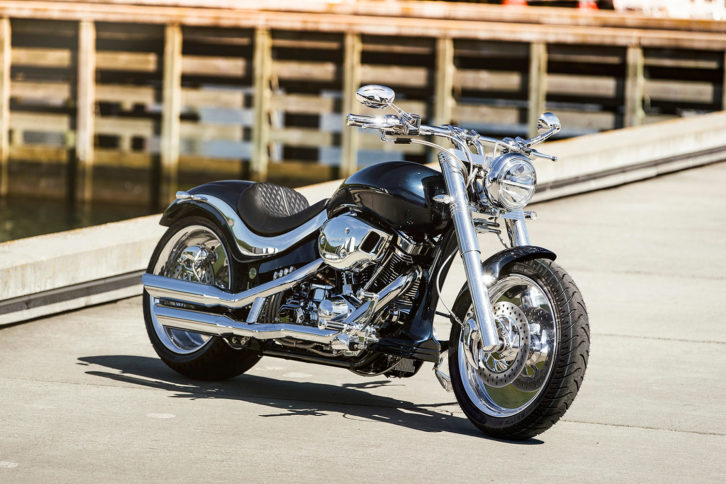